Playing to packed-out theatre audiences, The Dave Hankin Big Band has risen to become the South West's premier Jazz Orchestra. Featuring high-quality musicianship, and performing a diverse repertoire from Glenn Miller to Maynard Ferguson - all of Dave's very own arrangements - including themed concerts celebrating the Magic of the Movies, Frank Sinatra and Michael Buble. The Dave Hankin Big Band is a feast for music lovers.

"Superb instrumentation and orchestration.. ..the blending of the reeds and brass was exceptional" 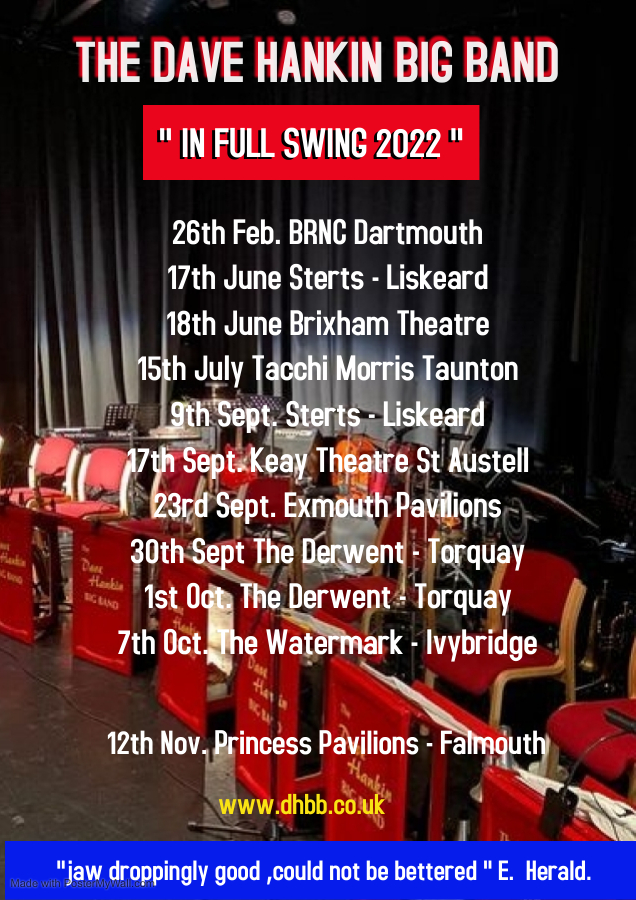 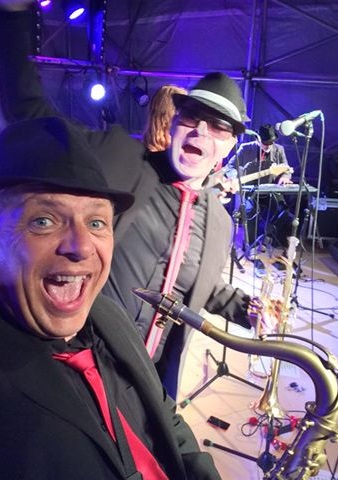 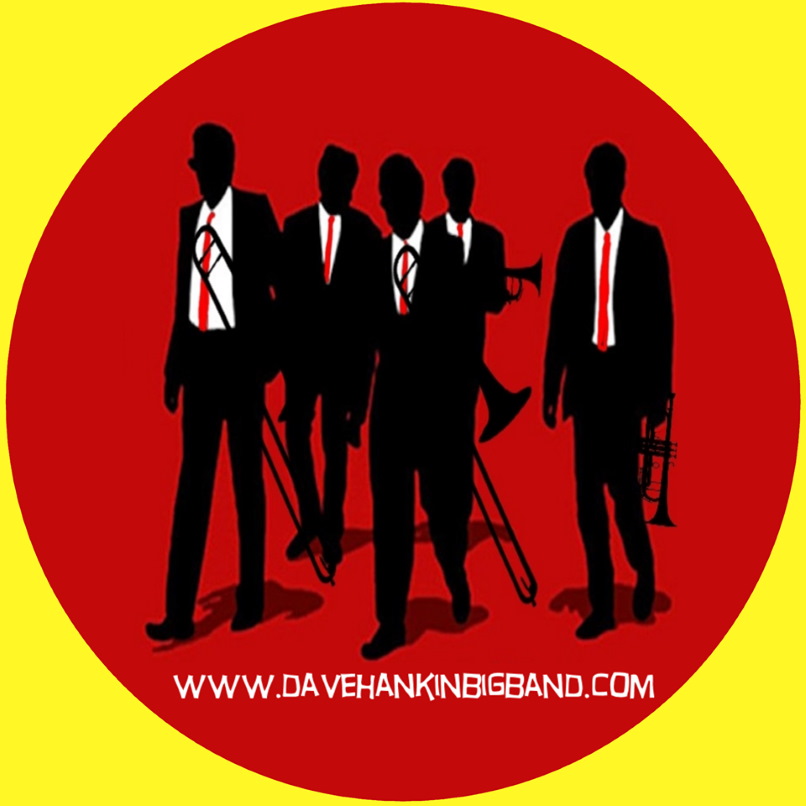 Hear the band in action...

What the venues are saying:

"A fine ensemble of musicians and a fine set of Music arranged and directed by their enigmatic maestro Dave Hankin. Their concerts have been extremely well received by all of our capacity audiences whenever they have played at the Flavel Centre in Dartmouth. A guaranteed unforgettable evening of entertainment, and I mean entertainment, from fine soloists to some beautiful ensemble performances, this band swings in the best conceivable way! Impossible not to tap your foot or whistle a tune on the way home after! The best imaginable ‘ear worm’ you could be plagued with!"
Sid Davis
General Manager ‘The Flavel Centre’ Dartmouth.